The College of the Future 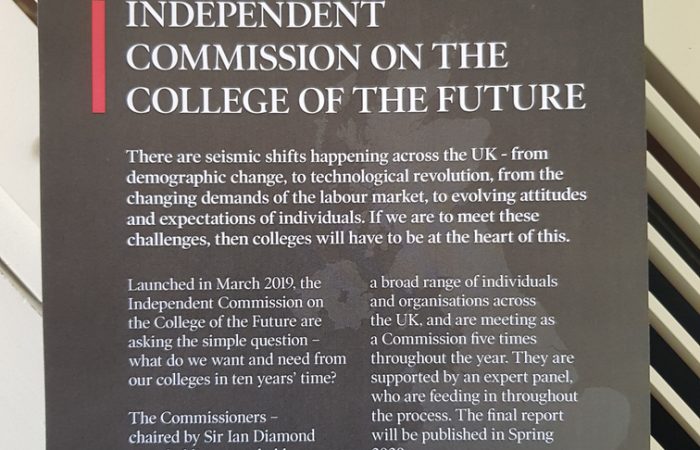 Mindful Education’s Managing Director, Mark Mckenna, was at the British Academy yesterday to take part in the Independent Commission on the College of the Future’s first seminar.

The event brought together a number of national and international experts in education to discuss the Commission’s key question: what do we want and need from our colleges in ten years’ time?

There was much discussion about the seismic shifts being faced by the UK, and the need for British businesses to remain competitive. Professor Alison Wolf, Baroness of Dulwich, argued that in order to facilitate this, colleges must become the go-to place for individuals and businesses to access education and training in their local communities. This was echoed by Andrew Brownlee, CEO of SOLAS (based in the Republic of Ireland), who argued that in order to continue to deliver excellent adult education, there is a need to invest in digital transformation.

Inevitably, technology became a key area of focus when considering the role of colleges and, alongside the DfE’s EdTech strategy released earlier this year, it’s fantastic to see the importance of education technology being recognised in policy debate.

As the Commission continues to meet and discuss the future of further education ahead of its final report due in Spring 2020, we hope that EdTech will remain a significant role in their vision of the College of the Future.