Behind The Scenes – Christmas Card 2021 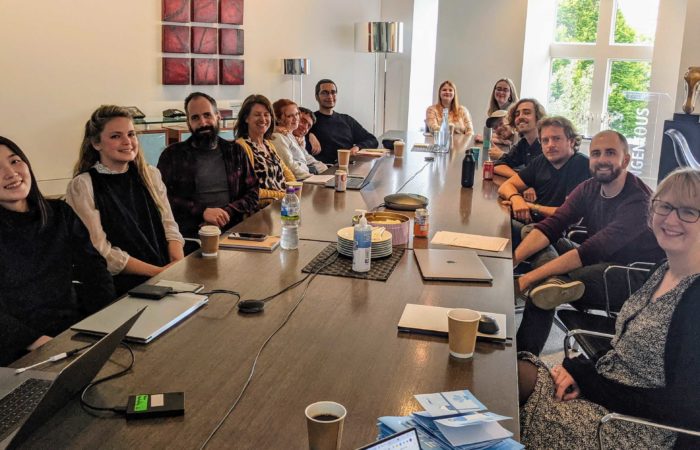 As is Mindful Education tradition, our very own Creative Team has designed and produced an animated Christmas card and this year we are proud to present ‘A Christmas Adventure’.

As always, the card requires a huge amount of collaboration and hard work, with every member  of the Creative team rolling up their sleeves to make it come to life. Read on to see the step-by-step process of how the Creative team made the Christmas card this year.

Before the final theme was decided on, the Creative and Marketing teams gathered, in-person this year, to pitch and discuss ideas. The team first sketched some of their ideas for the card – some members decided to get straight into it with some digital sketches. Once the idea was finalised, the next step was for the Creative team to work on the storyboard. Each member of the team was assigned a scene, which they individually worked on. Once they were all happy with their sections all the scenes were put together. You can see below the storyboard of one scene. The full animated card took a few iterations until the story flowed exactly how the team wanted it – with so many moving parts it was a big challenge.

The visual style of the animation changes each year, and this time the team chose a ‘paper cut-out’ style. The art style takes a lot of influence from ‘cutout animation’, which is most often used in Stop-Motion with real pieces of paper. This style also has a nice storybook quality to it.

The team used Illustrator and After Effects to digitally replicate the look and feel of a paper cutout animation. They animated the characters as they usually do and applied paper textures and shadows afterwards. This process of animating is already very similar to the work the team does on our professional courses videos, so the adjustment was quite straightforward. Once the scenes had been finalised, our AV lead, Matt, got to work by putting the video together and adding some  background music – the musical aspect was the lengthiest part of the process as it involved two types of sounds. The background Christmas music is from an old video game! And the extra sounds needed to bring the card to life – this includes the plane sound, the train tracks, bear noises, snow falling and the reindeer landing – took a lot of research and testing to find.

Matt used Adobe Premiere and Audition for both the music and video. You can see a short clip of the earlier process of experimenting with the storyboard and music, below.

This project was extremely hands-on and collaborative, just like most of our work here at Mindful Education. Both the AV and Creative teams thoroughly enjoyed the process as they were able to experiment with different aesthetics and styles.

On behalf of everyone at Mindful Education, we wish you happy holidays and a prosperous 2022!